Cheesin' at the top of the slide

I think the title sums it up.

Posted by Suellen at 8:15 AM No comments:

Alicia and I were lucky enough to receive a free overnight stay at a Bed and Breakfast in Madison, IN from a friend who wasn't going to be able to use it. (Thanks, Rachael!)  So, a couple weekends ago, we dropped Parker off and headed south.  Heading south of Indy always makes me a little nervous, but we were on an adventure!  We decided to go to Madison via Columbus and grabbed some ice cream at whatever that famous ice cream shop there is, then continued on. We arrived in Madison checked into the B and B, which was very nice, but VERY small - think staying overnight at a friend's house and headed downtown to walk around a bit before dinner.  The downtown was area was cute-ish.  We sat by the river for a few minutes and then wandered around the shops.  We found a cute chocolate shop (and of course bought some) and then wandered into a really cool locally owned bookstore.  We had to cut our time there short because we had a reservation for dinner.
Now, dinner - I feel like this is a story unto itself.  When planning this trip, we did a good deal of research into where in Madison a person should eat.  All signs pointed to this particular restaurant.  Now, perhaps I have watched WAY too many episodes of Kitchen Nightmares, but I was definitely channeling Gordon Ramsey during this meal.  So, here goes.  We walked in and the entire restaurant is pink with painted on "exposed brick" on the drywalled wall.  The wall that is actually made of brick is simply painted.  This made me laugh to begin with.  Then, the menu had food from all over the map.  Italian, Greek, French.  I was quite skeptical.  Gordon always says that you need to pick a kind of food and go with it otherwise your customers get confused.    So, we ordered a hummus appetizer.  It was delicious!  I was excited.  This was going to be a decent meal after all.  Then, came our salads.  It's really hard to screw up a salad, but I couldn't even finish it.  I don't know exactly what was wrong with it - it was just a plate of lettuce with one tomato and one cucumber - but I just couldn't.  Maybe it was the dressing.  I dunno.  Things just went downhill from there.  I ordered the gnocchi and Alicia ordered some kind of fish.  My dish was served in a bowl because it was closer to a soup than anything.  The gnocchi were completely submerged in a vat of olive oil sauce.  The gnocchi themselves were completely mushy (think the texture of box mashed potatoes) and had absolutely no taste.  It was gross.  I'm normally not super critical about food, but I couldn't even eat more than 2.  Alicia's fish was also sitting in this weird olive oil sauce.  It was all so disgusting.  We were laughing hysterically.  Honestly, it was the best time I have had at dinner in a long time, although we only really ate the appetizer.  We felt bad not eating any of our food so we pretended that we were super full and had it boxed - then threw them out right outside the restaurant.  We didn't stop laughing for a very long time.
The rest of the trip was really very uneventful.  We returned to the bookstore and bought a book and some handmade earrings (for me, not Alicia) and then decided to go to the movies and see Pirates 4.  We also ate ALL the chocolate that we bought during the movie.  The movie was also terrible, but the company and the chocolate were good! :)
The next morning we ate breakfast at the B&B while watching a storm roll in and then went on a tour of the winery (complete with tasting).  It was interesting - the whole operation takes place in a barn.  It's a real Mom and Pop operation - they employ one person part time (and then several people to pick the grapes seasonally.)  We bought some wine and headed out.
We decided to stop in Franklin, IN on the way home.  After  all, we were livin' it up in southern Indiana.  Franklin is like every tourist town in the midwest.  It has fudge shoppes, taffy shoppes, ice cream shoppes and more crap than anyone would know what to do with.  However, we did find an amazing local brewery/restaurant.  The food was great and I think we both would make the trek there again just to eat their nachos - which were the best nachos I have ever eaten.  Of course, it starts pouring while we are eating and we are not anywhere near our car.  We decide that we are going to be soaked anyway, so we meander back through the town in the sheets of rain - stopping into several shoppes along the way as a break from the rain and for entertainment purposes.  We were laughing so hard (and probably being pretty obnoxious, but it was fun!)
Now we are in our normal summer-ness of traveling and family.  More posts to come! 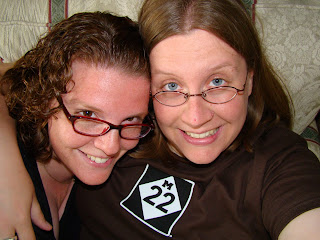 Pictures from the zoo, zoo, zoo!

We made a quick trip to the zoo.  Here are some cute pics.  I accidentally deleted one and am too lazy to upload it again.  So, first - imagine Parker making cute faces at the fish.

Posted by Suellen at 4:15 PM No comments:

A Trip to Butler

Alicia is working a camp at Butler this week so today Parker and I brought her lunch.  When we were done we had a few minutes to walk around before Alicia had to go back, so Parker wanted to find every fountain. 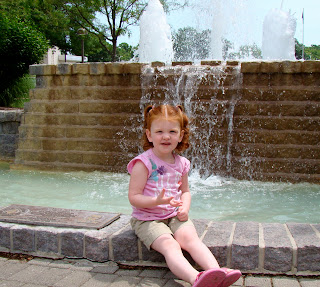 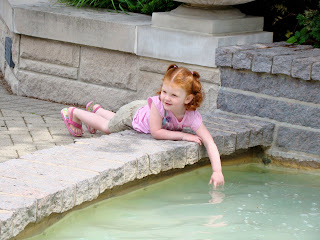 On the way to the little waterfall by Gallahue, we found a squirrel. 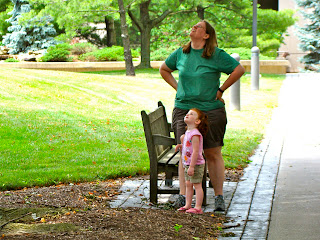 After Alicia went back, Parker and I walked by the carillon and down by the Gardens. 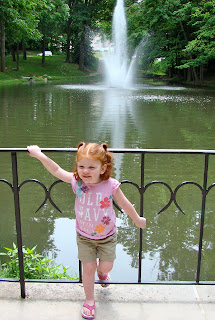 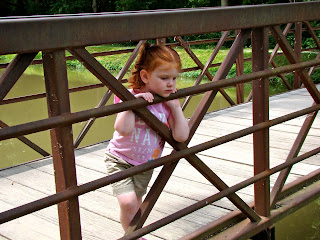 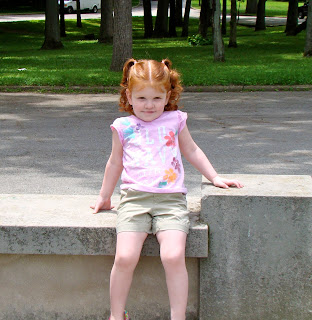 P had a ton of fun and we would have stayed longer, but she was getting really tired.  I think we will be going back soon.  Butler is always better in the summer!
Posted by Suellen at 9:38 PM 1 comment:

The last 3 weeks in Pictures

I have been a bad blogger, for many reasons - not the least of which is that I feel I don't have much to say.  Or, rather, I feel I don't have much to say that I would like to be available for the entire world to read.  So, instead, I will do a quick catch up in pictures.
The weekend before Memorial Day, we went to MI to meet our nephew/cousin, Tyler.  He is adorable and extremely good natured.  Parker held (abused) him for about 45 minutes before conceding to put him down and he didn't get upset once.  We can't wait to visit him again soon.  (Oh, and Steven and Kimber aren't too bad to hang around with either.)  We made a quick stop at my parents' house where Parker, of course, had to play on the trampoline.  It's much different this year, now that she actually knows how to jump!  She had a blast. 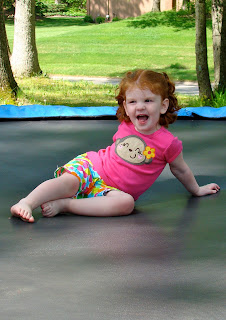 Over Memorial Day weekend, we traveled  to Columbus, OH to visit our friends the Smiths.  Parker, again, had a great time with her friend Sadie.  We went to the Columbus Zoo, 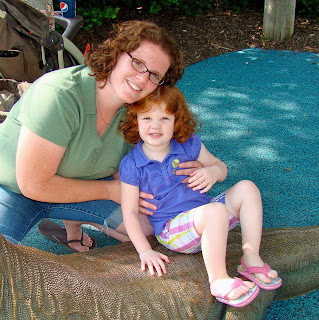 a gardens thing that I can't remember the name of, 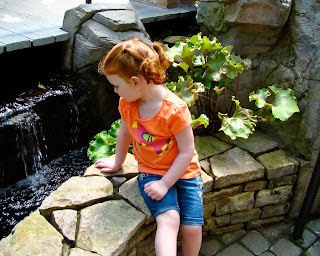 and to the Worthington Memorial Day parade. 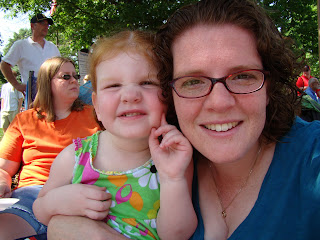 When we came home, Parker played in the sprinkler. 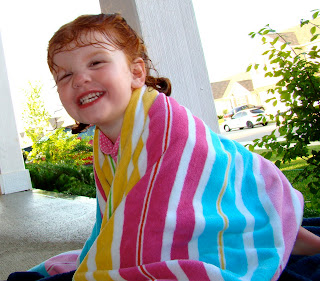 She had so much fun in the sprinkler (and it's been so durn hot) that we decided to get a larger pool for the backyard. 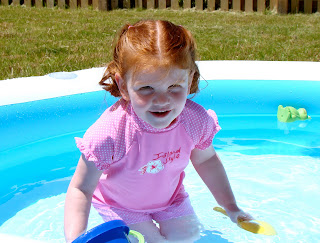 And, that's about it.  We've been a to a bajillion graduation parties (but, hey, free food - right?) and are just sort of hanging out.  Alicia has agreed to teach a camp at Butler next week and will be teaching an SAT prep class the week after that, so it's pretty much just me and P.  If anyone wants to play, let me know!  Happy Summer.
Posted by Suellen at 3:27 PM 2 comments: